Recently, our crucial microservice delivering listing data switched to Spring WebFlux. A non-blocking approach gave us the possibility to reduce the number of server worker threads compared to Spring WebMvc. The reactive approach helped us to effectively build a scalable solution. Also, we entered the world of functional programming where code becomes declarative:

Assume the business requirement is to bake gingerbread optimally. The following diagram should help to understand the recipe steps: 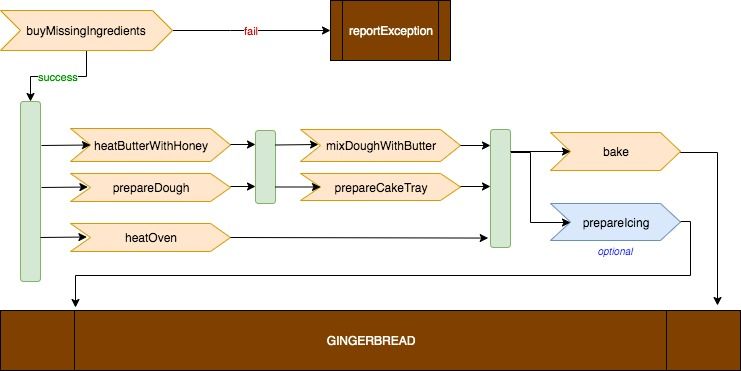 In the beginning, when not very complicated logic was translated into webflux, we felt comfortable with the chaining of two or three lines of code. However, the more you get into it, the more complicated it becomes. Some new additions made the code unreadable. Finally, we constructed such a monster:

You may think now: who invented such a flow? But in the real world things are even much more complicated.

When the project was evolving, one of the challenges was to add a feature by calling heatOven() method (placed in comment). Of course, one could say: “yes, you may introduce a new data structure and save transitional state in it”. And yes, it’s true for not sophisticated microservices. But not easy for a critical service dependent on a dozen other services, with business logic sensitive to change, executing thousands of request per second.

So let’s get back to our monster. Imagine that a new feature has been requested, further increasing the level of complexity. We said: it is not possible, breaking all the coaching rules. Then we realized there was a solution, inspired by Exploring Coroutines in Kotlin by Venkat Subramariam presented during KotlinConf 2018: In Kotlin Coroutine Structure Of [Imperative], Synchronous Code is the same as Asynchronous Code

Coroutines are so-called lightweight threads that are used to perform tasks asynchronously. As a result, it is a technique of non-blocking programming. Looking closer, a coroutine is not a thread, internally it uses the mechanism of continuations. Roughly speaking, we can say that famous callback-hell is hidden behind the scenes. What is important: no thread means no context switching. In other words: a coroutine represents a sequence of sub-tasks that are to be executed in a guaranteed order. Having a traditionally-looking piece of code, calling a special function marked as suspending means a new sub-task is being launched within the coroutine.

Process of code migration from Java to Kotlin with coroutines

The result after migration to Kotlin with coroutines

I prepared two simple projects: kotlin-coroutines-gingerbread and auxiliary kotlin-coroutines-server for performance analysis of using various clients. Gingerbread service contains a few endpoints serving the same data but with the use of different technologies:

Tests were run on a single machine:

To verify various techniques, I used vegeta and its attack command for sending huge traffic against the gingerbread server. I am aware that the test was not run under perfect laboratory conditions, but tests show general possibilities of selected client techniques.

It is worth to notice that netty worker count was set to 64 in order to provide thread resources for restTemplate blocking flow (alternatively a dedicated thread pool may be used instead). Normally it is set to the number of CPU cores (but at least 2), which is optimized for reactive techniques. Without this custom netty configuration, restTemplate performance is much lower compared to webflux; it is shown in the table below:

Note that blocking flow performs significantly worse even at a lower rate. Of course, more server threads mean more memory and CPU context switching. And in the long run, it is not a scalable solution.

There are a few essential benefits of migrating from typical webflux code to webflux combined with coroutines:

However, coroutines are not always recommended:

But nevertheless, coroutines are worth deep consideration! 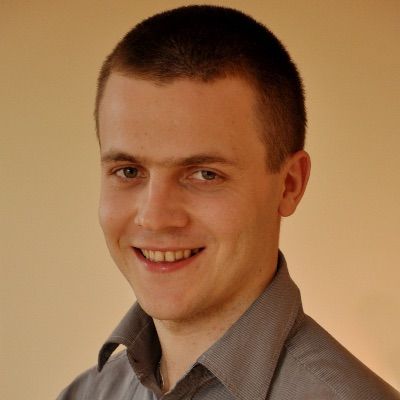