Everyone repeats like a mantra that tests are an indispensable element of development work. Is there anything to it? Well, I need to admit that as a developer, I rather often want to skip the test writing stage. I assume I’m not the only one. I’m aware that it’s a mistake, even with testers on board. Effective and efficient testing of your own code can help with catching bugs in new functionalities, as well as in changes to already existing ones. It cannot be questioned. Sometimes tests also help to understand how some long-unused functionality or component works. And that’s a small bonus too. Can a large project cope without testing? Probably so. But the number of errors and their severity will probably be much higher. That’s why in Allegro Ads we pay attention to writing tests.

We have a fairly large number of frameworks that are used to write tests in JavaScript. We can list tools like: MochaJS, Jest, Karma, Jasmine, Cypress. However, in this article, we will pay special attention and compare two javascript testing libraries: Enzyme.js and React Testing Library (often called RTL).

From the Enzyme documentation we can read a short description:

Enzyme is a JavaScript Testing utility for React that makes it easier to test your React Components’ output. You can also manipulate, traverse, and in some ways simulate runtime given the output.

Enzyme was released in 2015 by AirBnB. And let’s face it, Enzyme has gained a lot of popularity. Last year, the library was moved from AirBnB space to external Github space as a separate independent organization. This step was intended to encourage the community to further develop the library.

RTL says about itself:

The React Testing Library is a very light-weight solution for testing React components. It provides light utility functions on top of react-dom and react-dom/test-utils, in a way that encourages better testing practices. 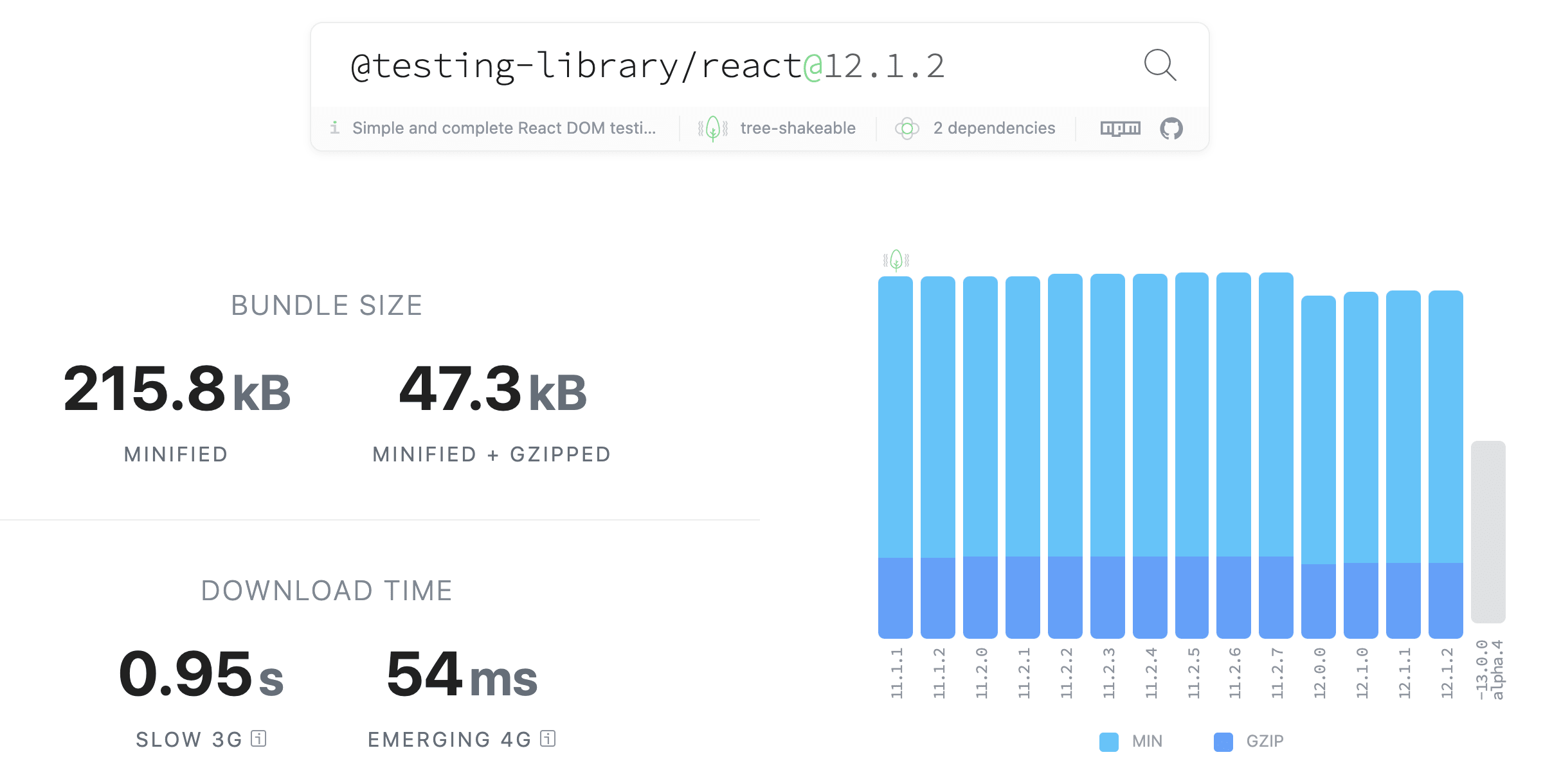 The main differences between the two libraries that I can notice:

What distinguishes RTL is that we find elements by their labels or texts, almost like a user would. The point is to replicate and simulate the user’s behavior. RTL renders components to the DOM and doesn’t give us access directly to the component’s internals. While Enzyme uses shallow rendering (or sometimes deep rendering) and encourages us to test the components instance using its state and props. Enzyme also allows full rendering of DOM but it is not the basic assumption of the library’s operation. 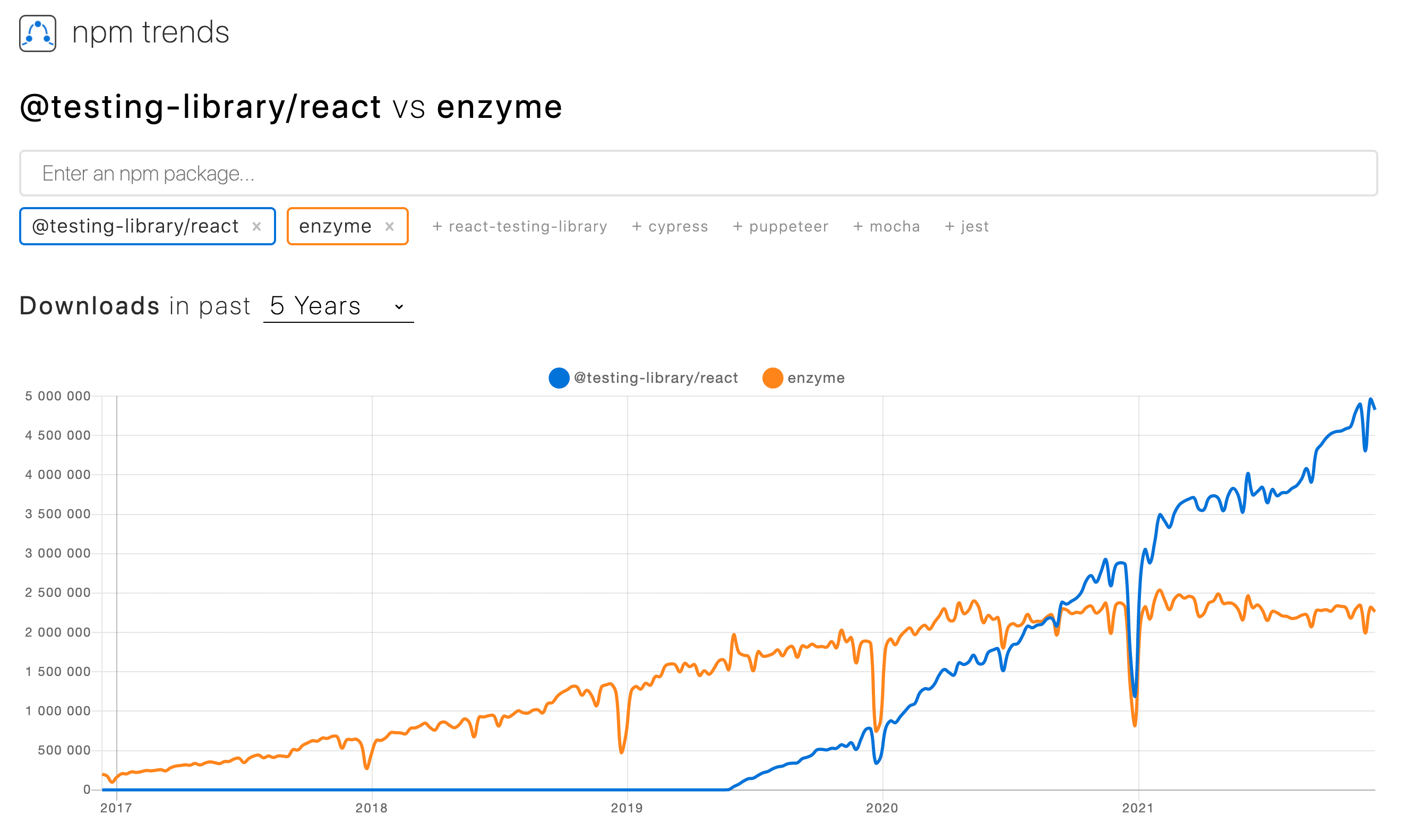 In the case of RTL, it is clear that the number of downloads is still growing strongly. On the other hand, it can be suspected that the highest peak of Enzyme downloads is already behind.

Reasons to change the testing library

Well, let’s be honest, Enzyme.js is a powerful library which has helped us test our React Components in an easier way for a long time. But maybe… too long? The first official release was in December 2015. Do not get me wrong, I don’t want to say that everything old is bad. But the frontend world is changing constantly, just as the approach to testing it. I know that the Enzyme.js library hasn’t been deprecated yet, but there are a lot of reasons to switch your test library right now. If you haven’t read it I highly recommend you to take a look at this article by Piotr Staniów (it takes about 10 minutes to read).

The main reasons for me to think about slowly rewriting my tests and switching to another library from this article are:

If you ask me, these are big blockers in using this tool.

Below I will present my own example created for the purposes of this article. It should present the minimal effort to rewrite tests from one library to another.

What needs to be changed:

Enzyme and RTL in Allegro Ads

My team is currently working on the development of Allegro Ads, which is an advertising tool for our e-commerce platform sellers. It is a whole panel for viewing statistics, displaying advertising campaigns. We provide sponsored offers for our Allegro site, Facebook, Google and recently even the partner websites. Our sellers pay us for the opportunity to advertise their products, and at the same time we strive to ensure that these ads accurately reach people potentially interested in buying, thereby generating profits for sellers.

The main technology stack is standard and still pretty cool. The core of the project is written in React, and significant parts have been rewritten to TypeScript. For testing purposes, we use Jest. In my opinion this is a very good and stable tool, easy to work with. It has quite a low entry barrier, even if someone hasn’t had too much experience with tests before. The main advantages of Jest for me are minimal configuration and quite good documentation. But for testing React components we currently have two libraries and I’ll explain why in a moment.

The 2.0 version of platform Allegro Ads was released about 6 years ago. A year ago the team added React Testing Library to package.json. We have both packages so far. Recently we officially decided to slowly rewrite the Enzyme tests and get rid of the library for good. We added the rule to our Declaration of Code Convention that the new components are tested just in RTL, the old ones will be rewritten during the development of specific parts.

Currently we have got 592 test files (counting after the file names with “spec” phrase). In these files we can also find 709 of unique “describe” usage, and 1796 unique test cases. Half of tests are written only in Jest, but a significant number of tests for better testing use extra libraries.

So Enzyme is still used more often. However, keep in mind that we have been using Enzyme in this project from the beginning and RTL for a year. So I’m quite stunned by these numbers. I did not think that the use of RTL would increase so significantly in a year. Of course, there is still a long way to completely eliminate Enzyme, especially among other project priorities, but now I’m convinced that small steps will be enough to do that.

Hopefully this article showed you that switching from one library to another doesn’t have to be difficult. As programmers, we will encounter such situations frequently. I think that the effort put into replacing old libraries with newer ones and keeping your code free of technological debt will bring tangible results for developers, project and, finally, users.

I hope that I was able to show you why we rewrite the Enzyme tests to RTL, how we do it and what stage we are at. Probably it is not the end. What are we going to replace RTL with in the future? We’ll see. :) 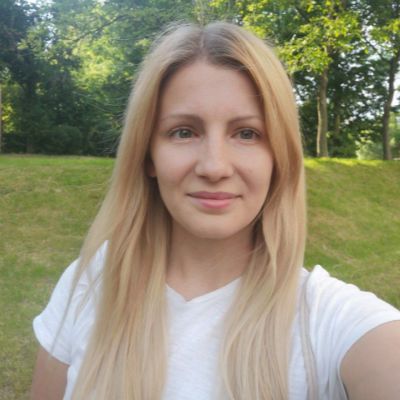 Frontend Software Engineer, loves to resolve problems. At Allegro working on an advertising tool - Allegro Ads, and all the adverts that you can see on the platform. ;-)