Programmers who have ever developed software for Apple platforms in the early days of Swift language might remember ridiculous times it took to compile the whole project. For large and complicated codebase times used to range from 10 up to 40 minutes. Over the years our toolset has improved alongside with compilation times, but slow build times of source code can still be a nightmare.

When we wait a few minutes for a build, we navigate ourselves towards different activities and start e.g. watching funny animal pictures or YouTube videos, easily loosing context of the task at hand. What becomes annoying for us is slow feedback of code correctness.

In the past issue my colleague has written about a solution to slow clean builds.In this post I will focus on warm builds improvement.

You might also be familiar with the term warm build. It’s used interchangeably with incremental build term, but for the sake of this post I will be using it to refer to the time it takes to build a product since the last clean build without introducing any source code changes.

Why and what for

Why bothering with improving warm build times? Well, for a small projects built on super fast workstations it might take a fraction of a second to do a warm build, but as projects grow and multiple Build Phases get added to a target so grow the build times. These times are noticeable especially when one builds the target without an introduction of changes to the source code.

Before we started improving the warm build of the Allegro app for iOS platform it took 18 seconds to perform the build on our Continuous Integration (CI) servers (Mac Mini, 6-Core 3.2 GHz CPU, 32 GB Ram).

Is 18 seconds too much? When you put it into a perspective of 1 year:

It means that on average a programmer spends around 57 hours 36 minutes yearly to wait for a feedback if their code is correct. Is it much? I leave the answer to you, but it definitely hinders developer’s experience and distracts the developer from their job.

To make the developer’s experience better, we, the iOS Mobile Core Team at Allegro, have set the goal to minimize the time developers spend between hitting the build button and getting the feedback on their code as quickly as possible.

How could the goal be achieved? Well, before I answer that, let’s put some light onto how to actually measure build times.

Developers building software for Apple platforms use the Xcode application which has a command line interface called xcodebuild. The Xcode has an option to output times for build phases from the menu Product > Perform Action > Build With Timing Summary (doesn’t seem to work on Xcode 12.2 at the time of writing this blog post). To get build times with xcodebuild for our Allegro app for each build phase of the main target the following command can be used:

In the case of the Allegro app it outputs the following lines when I do a clean build with Xcode 12.2’s xcodebuild (Mac Book Pro 2.2 GHz 6-Core Intel Core i7 CPU, 32 GB RAM):

There’s a lot of tasks. When it comes to source code compilation process, we can lower down build times by splitting the source code into modular frameworks, using binary caching techniques and adding explicit types for expressions in Swift.

In the case of a warm build the only phases listed are:

Thanks to performing the warm build it can be easily noticed that there’s a room for improvement when it comes to PhaseScriptExecution part of the build process. This is actually the part over which we have the control of. Let’s see, what we can do in order to speed up the build time by playing with what and how scripts get executed.

First thing we did with for our iOS application target was selecting scripts which can be run only for Release builds. There’s an easy way in Xcode to mark them as runnable for such builds only - just select For install builds only checkbox. 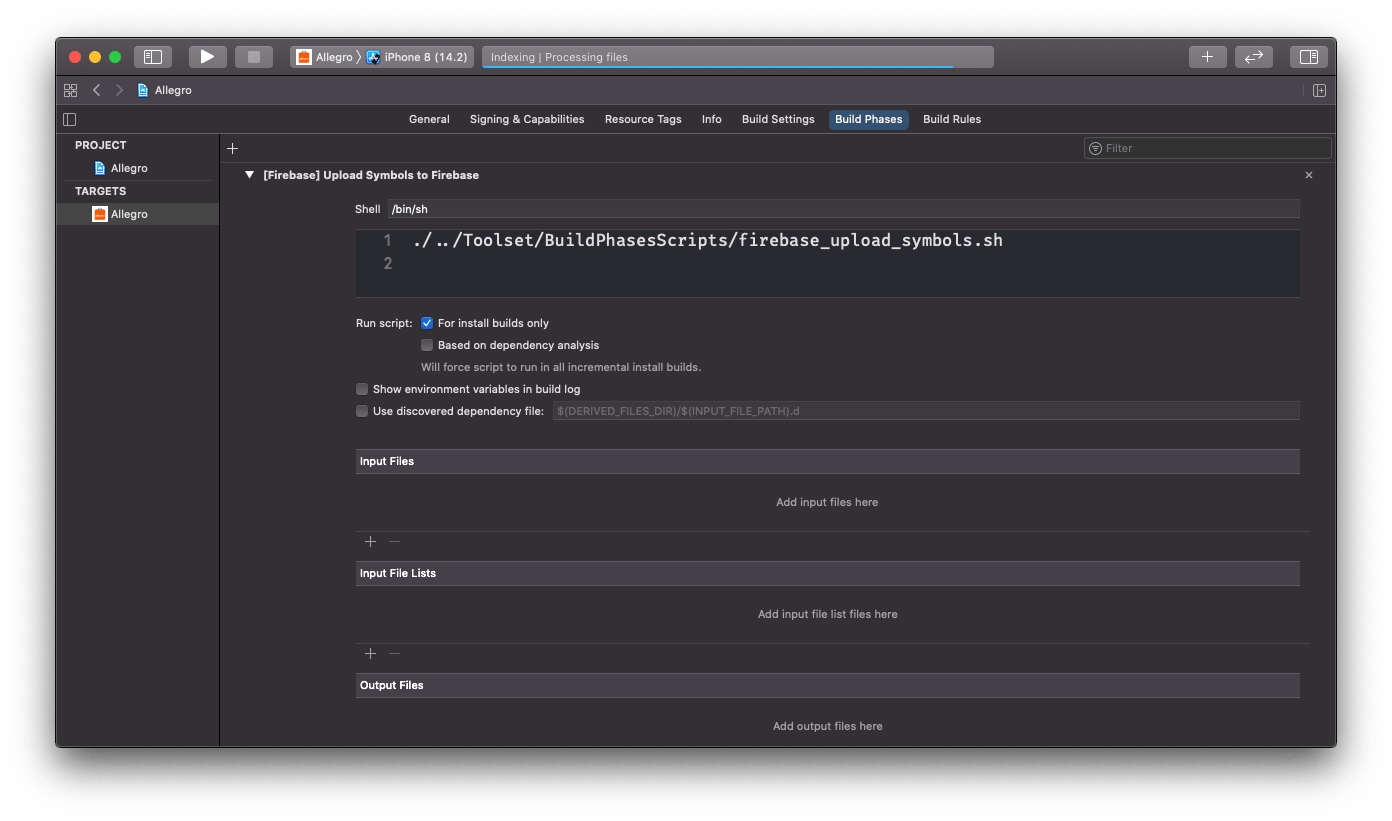 What jobs are great for running only for Release builds? We selected a few:

Not all tasks can be selected as Release - only. Some of them need to be run for Debug and Release builds, but they don’t have to be run for every build. Xcode 12 introduced a neat feature - running the script based on dependency analysis. 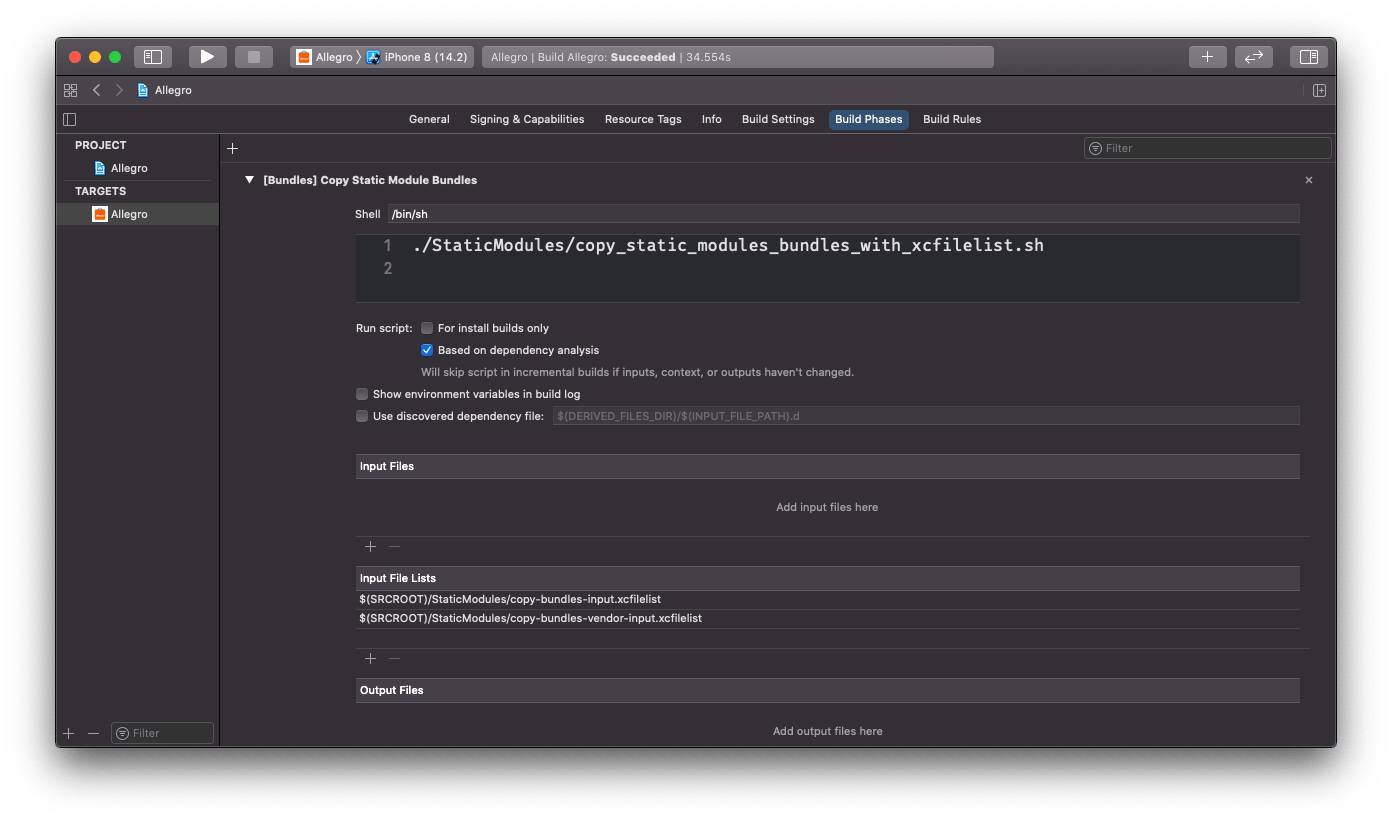 Selecting the checkbox isn’t enough to benefit from dependency analysis. Xcode analyses dependencies of a script, i.e. it verifies if the inputs of the script have changed since the last run and if the outputs of the script exist. The potential problem occurred for scripts in our project - they didn’t have explicit inputs and outputs defined so we couldn’t tap into the brand new feature of Xcode.

Defining inputs and outputs for scripts

File lists can be accessed in a script through environment variables. Each script can have many of them and they are indexed from 0:

There is also a possibility to use input and output files instead of a list (not shown on the screens):

We based our script copying resource bundles only on file lists and it’s actually quite simple - it just copies files from the input file list to the destination which is the path to the executable.

In the end we tapped into using Xcode’s dependency analysis for a few run scripts and it allowed us to improve warm build time. 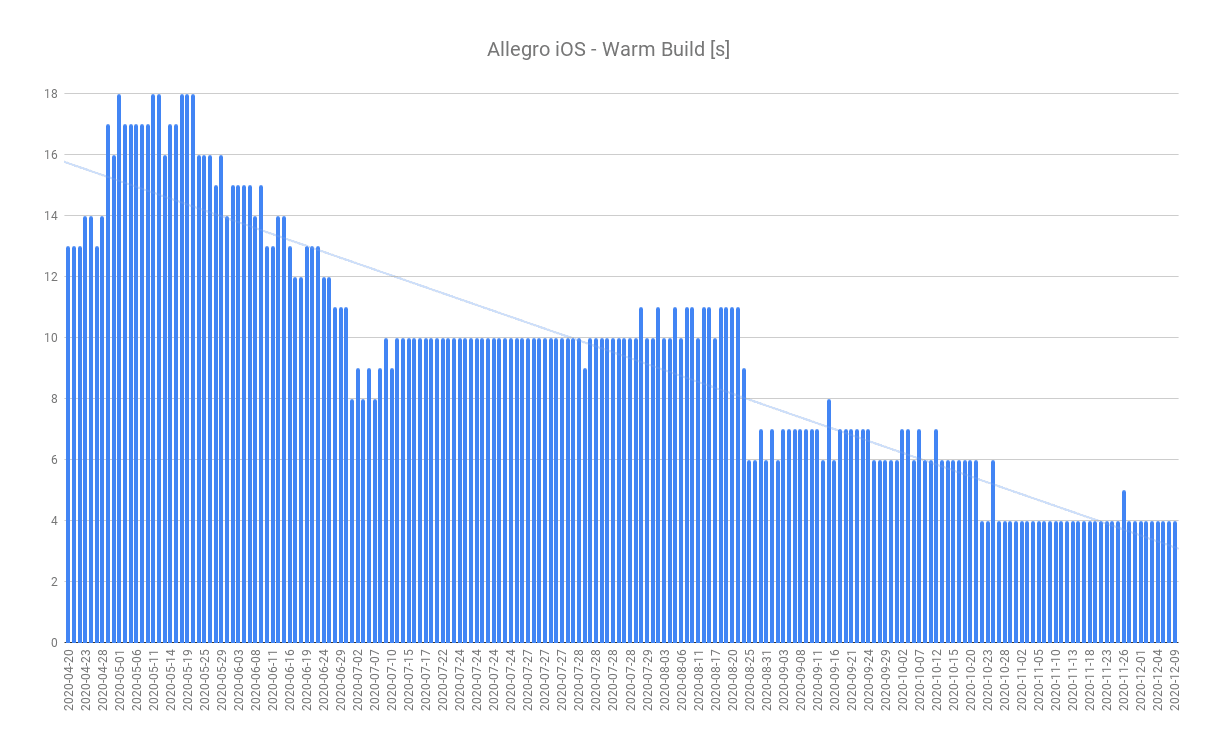 At the time of writing the warm build time on our CI machines takes 4 seconds. The overall goal of speeding up builds is so that the clean build time becomes equal to warm build. 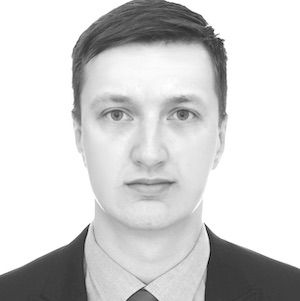 Maciej is a passionate iOS developer that pays much attention to details and code quality. He likes improving things, always looking for better solutions because he’s amazed that in programming world issues can be solved in 100s of ways.