We are excited to announce that we have just released BigFlow 1.0 as open source. It’s a Python framework for big data processing on the Google Cloud Platform.

Two years ago, when we started to move data processing pipelines of our A/B testing platform to GCP, we had neither build tools nor utils. During these two years, our projects have grown and multiplied. So did our tools. Finally, we decided to release our toolkit as BigFlow.

Allegro spoils its developers with an amazing internal App Engine (to have some point of reference, you can imagine it as something similar to Heroku). On the other hand, GCP provides a powerful but loosely coupled set of tools for big data processing. In order to get closer to the Allegro App Engine experience we had to bind these tools reasonably. That’s what BigFlow is about. We created BigFlow as a side-project, but now it’s a stable and mature framework.

When creating multiple big data projects without applying some best practices nor using common tooling, they quickly become hard to manage. BigFlow unifies many aspects of a big data project:

For supported technologies all of the above are managed in a unified way. BigFlow supports the main data processing technologies on GCP:

The provided utilities make it easier to create processes in each technology. Besides the listed technologies, you can use anything that you can write in Python (for example fast.ai, PyTorch, Pandas, or any other Python tool).

BigQuery is not usually considered a data processing tool but an ad-hoc analysis and storage system. We find it to be fast, reliable and very easy to use for creating data processing pipelines – all you need to know is some SQL. With the BigFlow utils supporting BigQuery, big data processing is reachable to anybody in hours, not days or weeks.

There are many aspects of a project that determine what a solution should look like, for example:

So if you create a proof-of-concept project, with a minor business impact if things go wrong, you probably want to do things quick and dirty. On the other hand, if you create a high-impact financial system you need to take things more seriously.

BigFlow allows you to adapt to a situation, you can:

BigFlow is a framework, not a scaffold. There is very little code generated. You can manipulate configuration to build a custom project setup.

For scheduling BigFlow uses Google Cloud Composer, which is a super easy to set up version of Airflow hosted on GCP. Airflow is not a part of local development though.

When you want to run a workflow (data processing pipeline) on Airflow, you need to deploy it. Let’s start by describing the vanilla deployment process in Python. How is it done when you don’t have any tools but a bare Composer? The key concept is Composer’s DAGs folder. It’s a Cloud Storage bucket mounted on Airflow. This is the place where you upload DAG files and workflows’ code. Libraries (PIP packages) required by workflows have to be installed manually on a Composer instance.

This approach seems easy, but there are four big issues.

Second, if you want to use external Big Data clusters like Dataproc or Dataflow, you need a build tool. You can’t simply copy your source files to a DAGs folder. Both Dataproc and Dataflow have certain requirements for source code they execute. For example, Dataflow wants you to provide a standard Python package and it doesn’t use libraries that are installed in Composer.

Third, for frequent deployments, you need an automation tool. A tool that is able to check out the code from your version control system and upload it to Composer.

Fourth, when you develop a workflow on a local machine, you just want to run it fast and see what happened, not schedule it. So you don’t need Airflow at all on your local machine. On the other hand, sometimes you need to replicate a production environment, for example to debug or run E2E tests. In that case you need to replicate Airflow in version currently used by Composer. It’s an additional work for you.

BigFlow solves all these problems. It is a smart build and deploy tool for big data processing. BigFlow treats Airflow as a scheduling platform and Docker (Kubernetes) as a deployment platform. This architecture and workflow abstraction decouples your code from Airflow and from most infrastructural APIs. What’s important, BigFlow runs your workflows in a stable, dockerized environment, without compromising rapid development on a local machine (which is build-less by default). Thanks to dockerization you can easily replicate your production environment wherever you need.

All project-level actions are executed via the BigFlow command line (see run, build, and deploy). Thanks to that, the whole development lifecycle can be easily automated on CI/CD servers.

In a nutshell, BigFlow hides the infrastructure of your projects under an interface, and lets you focus on your core job, that is data processing logic.

BigFlow is a production-ready, open-source project. It already powers few big data projects inside the company. Try it on your own, following our in-depth documentation.

There are some missing spots that we are about to cover in the next versions. The big things are:

So far BigFlow works only on GCP. We might expand to Hadoop or other cloud environments once there is a demand for it.

Despite it’s early stage, BigFlow is a fully functional project and we are sure engineers will appreciate how it makes things so much easier. Feel free to try it out for yourself and don’t forget to share your feedback with us. 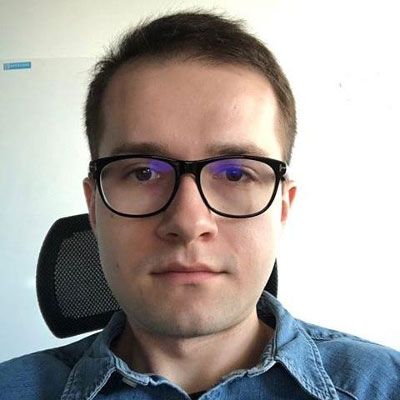 Bartek is a software engineer who works on the Allegro experimentation platform. He is allergic to the status quo. 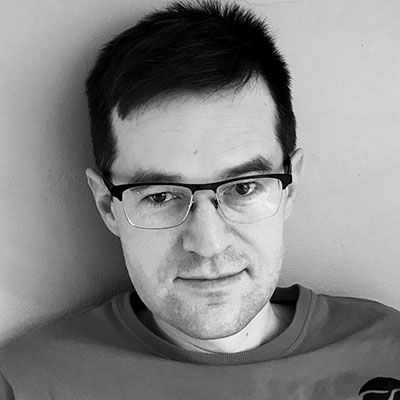 Software engineer with 15+ years of professional experience. He focuses on lightweight and modern technologies around JVM. At Allegro, he works as a development team leader. JaVers project lead. Spock advocate.