After 5 years of developing and maintaining Hermes, we are very excited to announce that version 1.0 has been released.

Version 1.0 is symbolic. It doesn’t contain any changes in comparison to the previous one. It’s a cut-off from stable and mature code.

Hermes is a message broker with REST API and push model. It’s built on top of Apache Kafka 2.0.

Hermes mediates in communication between services. It’s a pub-sub which means that publishing services (publishers) don’t know anything about subscribing services (subscribers). Publishers only have to publish messages on a topic. They don’t have to worry about which subscriber is reading their messages and whether it’s available or returns errors.

How important is Hermes for Allegro?

We have been running Hermes in production constantly since 2014. During this time we had several major datacenter breakdowns but Hermes remained available to all it’s clients, because its spread onto many nodes and supports multiple DCs. In our ecosystem, it’s one of the core services used by most development teams and business services.

Who should consider using Hermes

It’s built from several modules. Additionally, to run it, Zookeeper and Kafka clusters are required. Therefore, it’s reasonable to have a dedicated team responsible for its maintenance. Altogether, maintenance of Hermes and its dependencies is costly. When is it worth to pay this cost?

Additionally, when you have a monolithic system and would like to connect it with a new architecture then you should also consider Hermes as a bridge between these two worlds. At Allegro we have a PHP monolith which shrinks every month thanks to our efforts moving towards microservice architecture. Hermes makes this process easier.

Hermes was open sourced in 2015. Key goals which we have been following during its development are still valid:

Nowadays you can choose from a variety of messages brokers available on the market. We are aware of them. They are more or less mature. We stick to Kafka as it proved itself in our BigData ecosystem, being mature software which we trust and which provides us with the required functionality.

At Allegro we try to use open source as much as possible. Hermes and Kafka are all open source. Also, they are cloud vendor agnostic. It means that you can install and migrate them on any cloud environment. In addition, Hermes is extendable, meaning you can plug in custom implementations of many interfaces used underneath. For example, our Hermes clusters are extended by internal functionalities like discovery service mechanism, service catalog ownership or custom OAuth provider.

In the end, there is no silver bullet for all challenges. At Allegro for example, most developer teams use Hermes, but a few teams use raw Kafka directly.

How to try out Hermes

See our 10-minute getting started guide with Hermes.

In the near future, Hermes team will be working on:

If you have any requirements related to Hermes, please let us know.

Hermes has been in development and maintenance since 2014. This project depends on great people and talented developers with whom to work is a pleasure and a positive adventure. To appreciate their work, below you can find the list of all Hermes contributors (as of 9.5.2019): 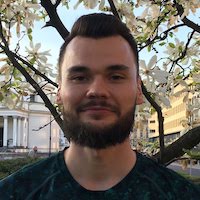 Łukasz is a Tech Lead who likes to understand how things work under the hood. He is a core developer of Hermes, a message broker in which low response times and high throughput are important requirements.