What kind of builders do you use in your tests? Do you use the old good builders where properties are set by a withProperty method? Or maybe, you use builders that make use of closures? As soon as I joined my team, I found out that there is another approach to test builders, and it embraces maps. It seemed innovative, but after a while, it became annoying legacy code. After one of the debugging sessions, I decided to get rid of it, but the monster fought me back.

When I joined the team, I noticed that test builders were constructed in a very strange way. There was no class with a group of setters and a build() method. Instead, there was a class with a static map called defaults that had all default values for domain object’s properties, and a factory method that took another map with overrides. Let’s take a look at an example Kotlin domain object and the corresponding Groovy map-based test builder:

DomainObjects creation is straightforward and would look like this:

This approach to test builders was peculiar to me and I started wondering why we use builders like this. In comparison to “classic” method-based builders, I didn’t see any killer-feature. Passing properties’ values using methods in method-based builders give more type-safety than using arbitrary maps. IDE doesn’t hint what properties can be set. Moreover, you can make a typo in a property’s name, and, if you’re lucky a runtime exception will be thrown. If you’re not, you’ll spend hours in debugging sessions in frustration wondering why the test does not pass. In the worst case, the test will pass (because of defaults) and you’ll release with a bug.

After another debugging session that ended with fixing a typo in the test builder, I was full of anger and decided to get rid of map-based builders. To make a decision, I started experiments with different approaches to see what would fit us best.

The “classic”, method-based builders seem to be the best if you care about type-safety and IDE hints. On the other hand, you have to repeat the build method.

In Groovy, builders can be defined in a number of different ways. One of the possibilities is the @Builder annotation. However, this approach doesn’t work with immutable classes.

Also, there’s another, but similar type of builders. It uses functions where certain properties are set. In Groovy it might be Closures, and I’ll refer to them as closure-based builders:

The idea behind this kind of builders is to have a method that has a name corresponding to the domain object and takes a closure as a parameter. In the closure, the values are assigned to a mutable, temporary object, and then passed to the DomainObject’s constructor:

The usage looks almost the same as in the map-based approach, but we gain some type-safety and IDE hints. In case of maps, IDE’s automatic formatting can easily align field names and values in columns, but it can’t format this way automatically in the case of closures.

Closure-based builders allow you to hide the build method inside the factory method, and the usage looks really similar to map-based approach. However, using Closures confuse IDE and the hints you get are sometimes not as precise as in method-based builders.

If you can’t beat them, join them

I was trying to adapt our code to method- and closure-based builders, but every time I felt dissatisfied. I found out I was used to the map-based builders. The code in each approach looked misformatted and wordy. I value both the quality and the beauty of the code, but in this case, ugliness was not enough to stop me from trying to throw away map-based builders. However, I was uncertain whether it was worth rewriting tons of tests to a different approach. I wasn’t sure about the gains. Then, I found a case where map-based builders won.

Of course, a similar thing can be achieved in method-based builders by overloading the plus operator. However, doing so for every domain object test builder sounds like lots of boilerplate where stupid mistakes can happen. The same applies to closure-based builders. Adding a map to another is a simple operation that is easy to write and read. This is what I need for tests!

Using map-based builders is concise. IDE formats the code in a pretty way. It looks to me more declarative than imperative, which plays well with the given section of the tests. Moreover, if we don’t switch the approach, then our code will stay uniform. If we don’t switch the approach, we save a lot of time on rewriting tests (or maintaining two approaches). So what’s missing in the map-based approach? Even though IDE does not suggest properties’ names and even though type errors are uncovered at runtime instead of compile time, the important thing is that this approach doesn’t save you from making typos.

To fix the most important issue, in the factory method, before we sum both maps we have to assure that the map from parameters contains only correct keys. Easy as it sounds! The simplest solution could be as follows:

This six-line method saved a lot of time. Builders became typo-proof and we spend less time debugging. We don’t have to rewrite test builders. We don’t have to maintain builders in two different approaches. Moreover, after adding verifyPropertyNames to the rest of the builders we discovered a couple of typos were passing anyway. Luckily, no bugs this time. The code became less error prone. The “legacy code” was actually a pretty good piece of code, but with previously unsolved problems.

My battle with map-based builders reminds me of a couple of things. First, different approaches have different advantages, but also disadvantages. Which one is the best? Well, it depends on what you value the most. Second, switching an approach may cost a lot. Sometimes more than the actual gain of the change, so make the decisions wisely. Third, legacy code can be a dangerous monster, but in some cases, it is better to make friends instead of killing it (evolution over revolution). Forth, sometimes we overuse the term “legacy code”. Just because we can’t fix it, it doesn’t mean it’s legacy. 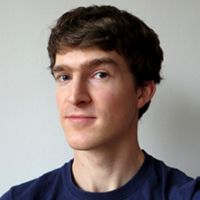