According to Wikipedia there are approximately 700 computer languages available. Seven hundred. This is an unbelievable number and it’s the reason why programmers face the problem of choosing a programming language to work with, which frameworks to use and which tech stack to learn. All of them have pros and cons, but when looking for an all-purpose language you should take Kotlin into consideration and ask yourself the question: “Do I really need another programming language?”.

Kotlin is an open source, statically typed and powerful language. It takes inspiration from many programming languages like Java, Scala, C#, Groovy, Python and it attempts to combine the best features from each. The support for multiplatform programming is one of Kotlin’s key benefits. It is able to compile to many platforms including Android, JVM, JavaScript and native.

Kotlin is great for building applications, but what if you need to write a script? The first thing that comes to mind is to use a classic, traditional shell script or Python, what gives you the ability to move files, copy, delete and more by running a program from command-line. But if Kotlin is your cup of tea, it can be also used as a scripting language!

When talking about shell scripts, I have to mention their syntax, which can be unclear and enigmatic. It is really hard to write a clear piece of code in a complex script. Another drawback is long execution time. Shell scripts are simply slow due to almost every executed shell command’s need to launch a new process. Additionally, there are compatibility problems between platforms. The creator of Perl, Larry Wall, famously wrote that “It is easier to port a shell than a shell script.”

I’ve mentioned slow execution of shell scripts due to creation of a new process every command. It’s true, but on the other hand spinning up a new JVM to execute a script and a compilation process is also long. The execution time usually depends on a machine and distribution of JVM. It can be a bit frustrating when Java version is inappropriate for an executed script or when some machines use different operating system, what can lead to compatibility issues.

So how about Python? It provides lots of useful libraries covering almost any needs and is available on most systems, essentially eliminating the problem of compatibility.

While scripts written in Python are more readable than shell scripts, they aren’t type-safe in the way that Kotlin is. Kotlin is statically typed, what means that types are verified during compilation, and strongly typed, i.e. the type of a variable cannot change after its declaration. In contrast to a dynamically typed language, including Python, it helps prevent all kinds of incompatible type errors. It brings the opportunity to create scripts that help automate mundane tasks, but doing it in a much safer way.

Let’s move to the code and see Kotlin scripts in practice.

In order to allow scripting, you need to make Kotlin available for the entire system. Open a terminal and check if Kotlin is installed:

If the command was not found, the easiest way to install Kotlin on UNIX-based systems such as OS X, Linux, Cygwin, FreeBSD, and Solaris is SDKMAN!. Install Kotlin with the command:

Alternatively, on OS X you can install the compiler via Homebrew:

Kotlin Evolution and Enhancement Process (KEEP) document was created to explain Kotlin scripting. It presents use cases of scripting with examples and contains the general proposal, but it is still a draft. According to this file, a Kotlin script is a simple Kotlin snippet. Each command in the file is executed as if it was in the main function. To make a file executable, the file has to be named *.kts.

Create the first script and name the file first-script.kts.

Edit file and add some code:

And run it with example arguments:

You should see the result:

Really simple! In addition, scripts can use Java or Kotlin stlib to have access to more powerful libraries. Of course, functions and classes can be used to make the script more readable and easy to maintain.

Kotlin-main-kts is a solution provided by the Kotlin team. The 1.3.70 version brought a set of improvements that provide a better experience of using Kotlin scripts with IntelliJ IDEA and Kotlin command-line tools. More details can be found in a release blog post. All you need to use kotlin-main-kts is to create a file named *.main.kts and execute script.

Using kotlin-main-kts has a lot of advantages. *.main.kts scripts are supported out of the box in IntelliJ, even outside the source directories. It gives you highlighting and navigation, autocompletes code and resolves dynamic dependencies. What’s more, third party libraries can be used in scripts by including them as dependencies using directives or annotations specified with gradle-style with group ID, artifact ID and version. For example, if you write a script which copies data from a CSV file and inserts the data into a database, you need to use a connector. You can achieve this by @file:DependsOn annotation. The example below shows how to connect to a MongoDB database. A database URL is required as an argument e.g. mongodb://localhost:27017/test-db

What’s interesting, it is also possible to execute a script exactly in the same way as an executable file - for example by command ./kotlin-script.main.kts. The first line in a file makes difference. It is required to add #!/usr/bin/env kotlin at the beginning of script to run it in such way.

Also, I have to mention Kscript. It is one of the ways to support scripting in Kotlin. Actually, it is a wrapper around kotlinc which adds some features. After Kscript installation you can easily run script by command:

This tool was created in 2016. In the beginning, Kotlin wasn’t feature-rich enough to be a viable alternative to the shell. The great talk on Kotlin Conf by Holger Brandl shows the history of its creation and explains that initially the tool was created for data science purposes.

The creators listed such advantages as:

In my opinion, the cache mechanism is the biggest advantage of using Kscript tool. Whenever you run a script with kotlinc it is recompiled, which makes it slow. Each time the script is started, Kscripts checks if code has been modified since the last compilation (by hashing the content of the script). If file wasn’t changed, cached version is immediately executed. The table below shows time of execution of the same script by kotlinc command and Kscript. As we can see, the cache has a positive effect on execution time.

Kotlin v1.4 brought a much improved scripting integration. But until Kotlin scripting interpreter isn’t rich and versatile, Kscript will be supported and developed.

Kotlin makes scripting really easy. Powerful scripts can be created with the autocompletion and the strong typing, making them really readable and highly maintainable. 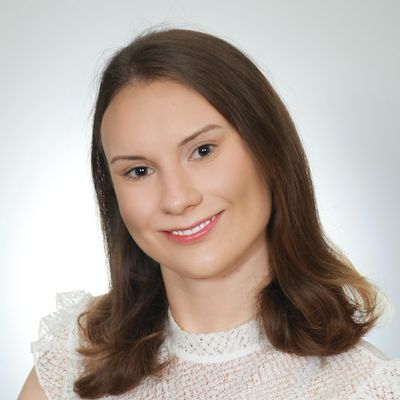 Junior software engineer and an enthusiast of new technologies who pays attention to details.